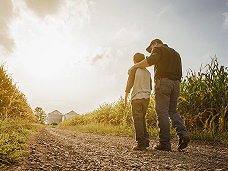 The CASA is to assist the court in determining the best interest of the child. They are to investigate the facts of the situation as directed by the court and submit a report to all parties subsequent to adjudication.

A court order is issued to the CASA which waives the provisions of the children's code relating to confidentiality and gives them the authority to obtain information from any agency, hospital , school, organization, or office. This includes Department of Human Services, Department of Children Youth and Families,, physicians, psychologists, psychiatrists and police departments. They have the authority to carefully inspect all records.

Volunteer of the Month

Judy Bennett
Judy has been a CASA volunteer for over four years, since March of 2012.  She and her husband Don retired to rural NM a few years before that and have been active in volunteer programs such as Amnesty International and the Lion's Club.  Prior to retirement Judy had an active career as a librarian, many years of which were as a children's librarian.
During her time as a CASA, the children Judy has worked with have often been moved out of town, due to lack of foster homes in LasVegas.  Every time, Judy has remained devoted to her CASA kids and has travelled to their new homes, as far as Albuquerque, Espanola and Santa Rosa, to visit and spend time with them.  She has been especially involved in seeing that the children she works with have continuity in their education.
Along with her volunteer activities, Judy is an avid reader, enjoys hiking and music and spending time with her big, shaggy dog!
So, a special thank you to Judy for her dedication to CASA and the special children whose lives she's been part of!

CASA Board and Staff